By now, if you’re on social media, you know all about the drama on Twitter. Elon Musk’s (eventual) purchase of the social media platform kicked off all kinds of worry, fear, and outrage.

It was all kicking off.

Cue a mass exodus to other platforms like Mastodon and Social Hive. Even Tumblr got thrown into the mix (not that there’s anything wrong with Tumblr). Having said that, most of those people decided to stay on Twitter too, just in case.

Personally, I haven’t panicked. Neither have I joined Mastodon, or Social Hive, or any other social media alternative. Here’s what I’ve done instead.

I haven’t joined in with the drama. I don’t see the sense. For me, this isn’t a life threatening situation. Yes, I use social media to promote my copywriting business and my novels. It’s incredibly useful and spreads my reach far beyond my own back yard. Losing Twitter would be upsetting because I have so many brilliant friends there, plus there’s the wonderful communities that I’ve joined. But I’ve stayed calm because:

At this time, I don’t see any reason to panic.

Observed all the palaver

Beyond the drama and panic, I’ve sat back and observed what is happening. What is Elon Musk actually implementing at Twitter? The facts might be few as yet but if you dig down into the news articles that are out there, parting the facts from the gossip, the picture isn’t all doom and gloom for the blue bird place. Yes, there’s likely to be change, but when aren’t social media platforms changing?

I’m not simply saying, ‘keep calm and carry on’. There are real steps you can take to make sure that you don’t lose touch with your Twitter audience, and that’s exactly what I’ve been doing:

If Twitter is your main channel, this is the time to investigate which channel you would switch to if Musk did pull the plug.

I honestly don’t think Twitter is going anywhere fast, but that’s just my opinion. I have no inside knowledge. But here’s the thing; what if this is simply a storm in an online teacup? What if it settles down again in the new year? Do what you can to safeguard your online presence but don’t let the Twitter drama ruin the festive season for you. 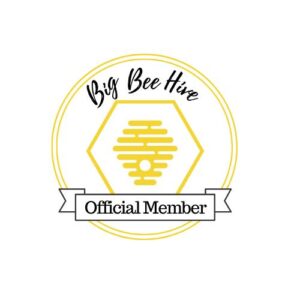